The King of the Birds and the Queen of the Universe 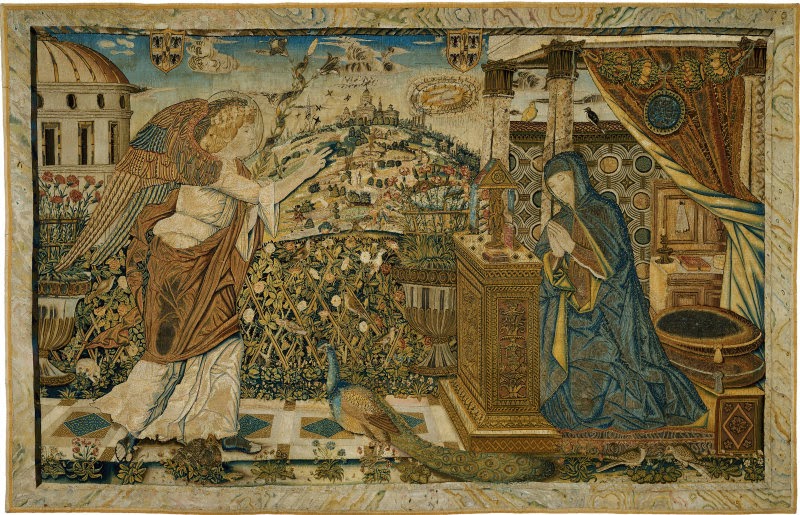 Today is the Solemnity of the Annunciation, the day we remember that the Word was made flesh and dwelt amongst us. It is also the day on which Flannery O'Connor, the great Southern Catholic writer, was born 90 years ago. Thus, it's a great day to dust off your copy of Mystery and Manners: Occasional Prose and read her essay, "The King of the Birds." It seems like it's about peacocks, but I think it's about the Incarnation.

Simply put, Flannery O'Connor was utterly captivated by the sight of a peacock. Awestruck, mystified, delighted, she chose to raise them in the dozens on her farm in Milledgeville, Georgia. At one point, she had forty (a very theologically rich number). Just imagine what that would be like: Exploding fireworks or shimmering cascades of green, teal, cobalt, and gold everywhere you look. And yes, it would be loud. O'Connor describes this for us in the essay:


Frequently the cock combines the lifting of his tail with the raising of his voice. He appears to receive through his feet some shock from the center of the earth, which travels upward through him and is released: Eee-ooo-ii! Eee-ooo-ii! To the melancholy this sound is melancholy and to the hysterical it is hysterical. To me, it has always sounded like a cheer for an invisible parade. 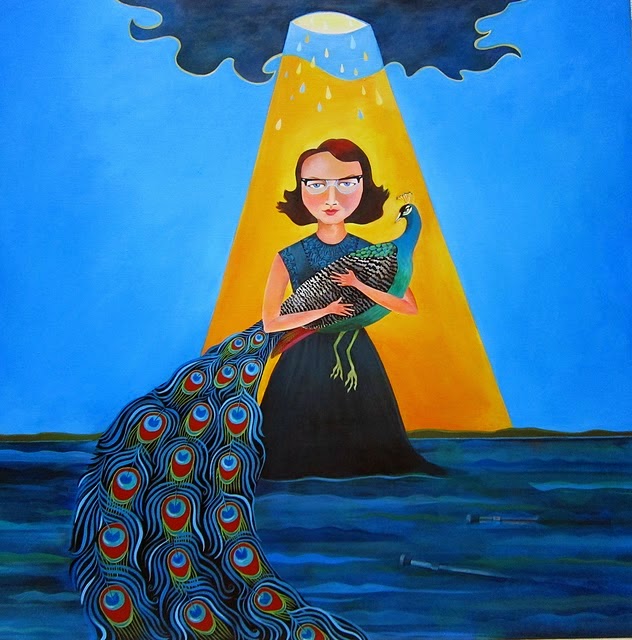 Likewise, she describes the various reactions that the sight of a peacock elicits. A man who was treated to a perfect display merely commented on the bird's long, ugly legs. An old woman disliked them so much that she compelled her grandson to slaughter and eat them. But the childlike—the actually young and the spiritually so—cannot help but gape and enjoy. This is the key to her point: one's reaction to the sound or sight of a peacock corresponds to the state of his or her soul. She does not say this plainly, but this is what I take from it; and it reminds me to allow awe and wonder to come pouring in every chance I get. It reminds me to become like a child if I wish to enter the Kingdom of God. There's no better invitation to be amazed and humbled than today, when the Word became flesh.

We must not be caught emulating the ambivalent peahen, who, as O'Connor describes, fails to appreciate the arching splendor before her, "diligently searching the ground as if any bug in the grass were of more importance than the unfurled map of the universe which floats nearby." C.S. Lewis made this same point in "The Weight of Glory":


It would seem that Our Lord finds our desires not too strong, but too weak. We are half-hearted creatures, fooling about with drink and sex and ambition when infinite joy is offered us, like an ignorant child who wants to go on making mud pies in a slum because he cannot imagine what is meant by the offer of a holiday at the sea. We are far too easily pleased.

A failure of imagination is a pitiful excuse. We must train ourselves to look up—to appreciate truth, goodness, and beauty wherever we find it, especially when it is right in front of us. 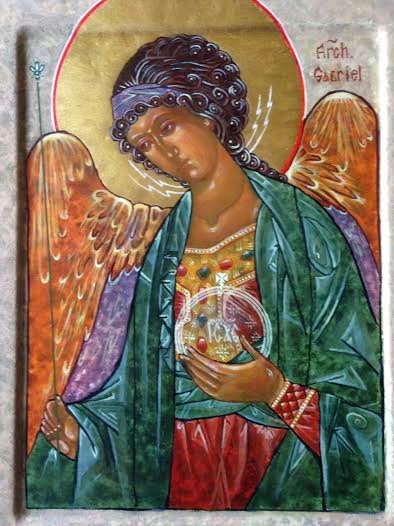 In the Christian tradition, the peacock represents more than one astonishing reality: the Resurrection, eternal life, the communion of saints/the Church. I would like to add the Incarnation as another feather in the cap. (According to five seconds of Googling, I'm not the first person to think of this as demonstrated in the above tapestry and here.) The colors are so reminiscent of the Archangel Gabriel icon which I had the privilege of writing (so much more than painting!) a few years ago. I like to imagine that the Blessed Virgin looked on God's resplendent messenger and saw something similar to a peacock's tail. She was, after all, being offered the whole Paschal Mystery. Surely the Annunciation was dazzlingly beautiful, as so many artists have ventured, filling their canvases with symbols and drama. Perhaps there was even a glimpse of her crown of glory, foreshadowed by the beast's majestic crest, capping off her eternal legacy as Queen of the Universe. And because of her fiat, the peacock's cosmic map is now emblazoned on her veil.

Recently, I heard a talk which pointed out that Flannery O'Connor's fiction is itself like a peacock: it is a bolt from the blue—a shocking, unaccountable call to deeper conversion. If you'd like perfect fodder for meditation in these last few days of Lent, read her short story, "Parker's Back," and let the Incarnate Word be tattooed on your soul in time for His Resurrection.

P.S. This is what I was talking about at the end of my owl post last year. Now you know.

***
Here's a lovely piece from Carrots for Michaelmas about Annunciation iconography. Such good points!
Posted by Kathryn at 1:29 PM