"Well You Have Met Me Now": The Sister and the Rapper 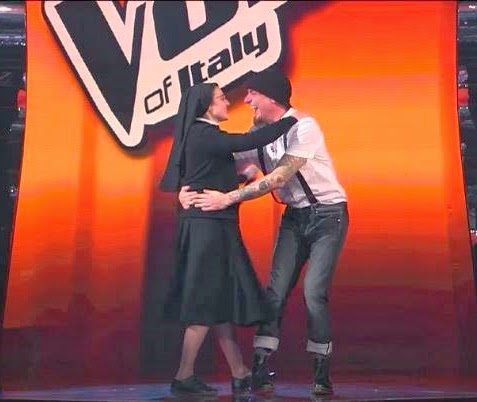 The latest viral video sensation is something you need to experience. The last time I checked, it had nearly twenty-five million views on YouTube (though the seventh million shouldn't really count because that was all just me. Heh.). An Ursuline Sister named Cristina Scuccia performed on the Italian version of the television talent show, The Voice, and the response from the judges and the audience was absolutely amazing. After watching the clip the first time (before I knew how to turn on the English subtitles), I was most struck with how quickly and willingly the audience embraced the habited young woman. She had barely sung a single note when suddenly everyone was on their feet cheering loudly. When her song ended, they chanted in unison the Italian word for sister, "Sor-ell-a! Sor-ell-a!" Clearly the state of the Church in Italy is way better shape than I thought. (Thank you, Pope Francis!) The next few (dozen) times that I watched it with the benefit of the dialogue following the song, I zeroed in on the judge she chose to be her coach, rapper "J-Ax". The profound transformation that he undergoes through Sister Cristina is one of the most inspiring things I've ever seen.

I pray that I am correct in assuming that everyone reading this knows what it is be deeply moved—to be electrified with light and joy through a direct encounter with beauty. I hope that when you read or hear the story of the Transfiguration of Jesus you can imagine what the three apostles experienced as they fell on their faces with awe and adoration. I hope that some event in your life made it easier for you to identify with Peter when he said, "It is good that we are here," and wanted to start worshiping right then and evermore. But have you ever actually watched someone else have that experience in real life? If you already clicked the above link and watched it, please do it again and this time concentrate on J-Ax (be sure to hit the CC for the subtitles to appear). Then, let's break it down together.


First, consider how his reaction differs from those of the other three judges. They are clearly shocked, amused, and even touched. The blonde one is so curious that she wants to interview Sister Cristina right then and there. Her first question is, "Are you a real nun?" Later the red-headed judge says when she first looked she thought she was day-dreaming. The gestures and expressions of all three signify that they are really into it, but what is happening in that third chair under that skull cap is altogether much deeper and higher. Tears. Tears and tears and more tears. When he swivels around, the look on his face is like a child seeing fireworks for the first time. But then the paradox of what he sees begins to take shape in his heart. (Of course this is my own interpretation here, but just go with it.) Some beautiful and innocent form from his youth has suddenly appeared in the midst of his current fame. Worlds are colliding—past and present, sweet and sour, hugs and hits. It's like the scene when Anton Ego eats the ratatouille and has a flashback about his mom:


When J-Ax finally speaks to Cristina, he tells her, "If I had met you during the Mass when I was a child, now I would be Pope. I would surely have attended all of the functions [awkward YouTube translator]." This is an incredible statement. If he had encountered her energy, her capacity for joy and faith in his youth, he would have gone all the way. He doesn't say he would have wanted to date her or something. He says he would have been inspired to follow her, and that such a path would have led him to the top of the Church. He would have attended all of the "functions"—the Masses, funerals, baptisms, confirmations, weddings, ordinations, canonizations, papal elections, feast day parties, Bible studies, Theology on Tap nights, Brideshead Revisited marathons, vespers, holy hours—the "functions" that so many of us attend and take for granted every day. Her reply is absolutely perfect in its clarity and simplicity: "Well you have met me now." Flood of tears from me at those magnificent words. The voice that shouted the same words to me ten years ago was not an Alicia Keys song but a High Tridentine Mass. I thought, "Where were you?? I would have attended all of the functions!!" That was the encounter with grace that launched my reversion. How awesome it is to watch it happen to another soul through another means. 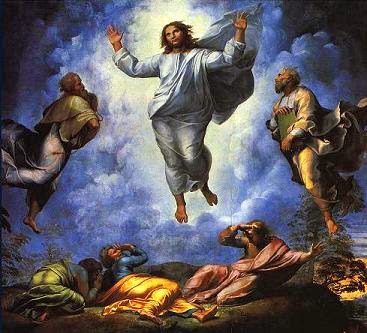 There are so many Biblical allusions in my mind that I feel like I might have a stroke: burning bush, lost sheep, prodigal son, (go ahead and just shout them out at the screen) the Transfiguration (as I already mentioned), the Finding of the Child Jesus. But here, it is Sister Cristina who finds the little child still living and breathing underneath those tattoos. The baptismal waters which cleansed him as a infant seem to wash him anew through his joyful tears. It's like Ajax for J-Ax ("Stronger Than Dirt."). Behold the transformation: Unselfconsciously, J-Ax smiles, cries, giggles, cries some more, wipes his eyes with his arms, curls up in his chair as if he wants to hide himself so she won't see how ridiculous he looks. It's like Adam covering his nakedness before God. While she is deliberating over which coach to join, you can see in his eyes the "Pick me! Pick me!" of every kid who ever wanted to play kickball. And when she does choose him—for he chose her first based on her voice alone—he leaps out of his chair, scoops her up in his arms, and spins her around to the sound of hundreds of cheering fans. What a moment.

As my mother-in-law would say, "I want to *snug* him!" The affection that I have for J-Ax is very similar to what I felt for Jesse in Breaking Bad. I wrote about his redemption in a blog post after the series finale last year. Even if guys like these look a little scary, they are still human beings made in the image and likeness of God, yo. It's really important to keep this in mind. As Pope Francis said,


The more the [Christian] mission calls you to go out to the margins of existence, let your heart be the more closely united to Christ’s heart, full of mercy and love. Herein lies the secret of pastoral fruitfulness, of the fruitfulness of a disciple of the Lord!

Of course the best part about this is how Sister Cristina explains herself to the crowd and the judges. Why is she there? Because she has a gift and she wants to share it with the world; because Pope Francis calls us to evangelize, reminding us that "God doesn't take anything away from us but will give us more." J-Ax totally abandons his "dude" persona and cries openly at that. The blonde woman says, "I am so moved." I hope you are, too.

J-Ax tells Cristina that she is holy water to his devil (maybe the one on his throat?). I don't know about you but I will be praying for that guy as long as he is working with her through the coming weeks of this competition. So much can happen in that time. Here are a few things that they might learn about each other: Sister Cristina only began practicing her faith in 2008. Ten years before that, J-Ax won a major award for his rapping and also published his autobiography, "I Thought of No One." Presumably, this is about how he rose to fame by looking out for numero uno. How fitting that the song—appropriated by Sister Cristina as a love song to Christ—should be called "No One." What else will they talk about? Will the seed that was planted in J-Ax that night take root? Will he water it regularly? Will he stop flashing devil horns with his hands and start attending all the functions?? 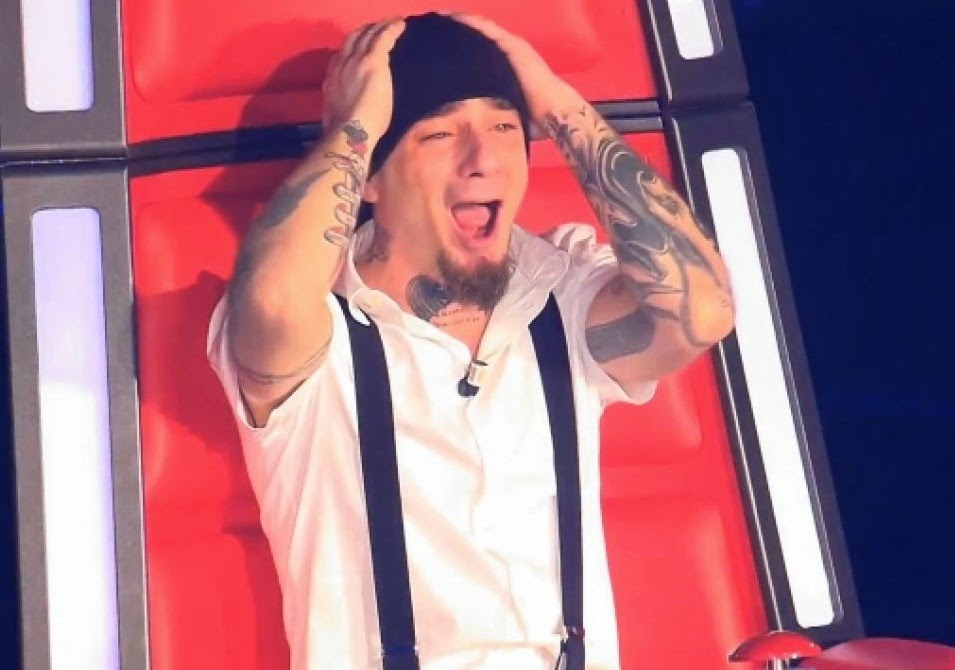 All things are possible for God.

***
If you liked this, check out my last post, "The Lament of Eustace Scrubb and the Sacrament of Penance", which handles many of the same themes (music, conversion, grace, etc.).

And while you're praying for J-Ax (his real name is Alessandro), throw in an intention for the 24,000,000+ people all over the world who were able to experience this beautiful moment through the internet. Way to be, internet.