"We're Ancestors": Some Thoughts for the Holidays (Part 1, Castello Cavalcanti) 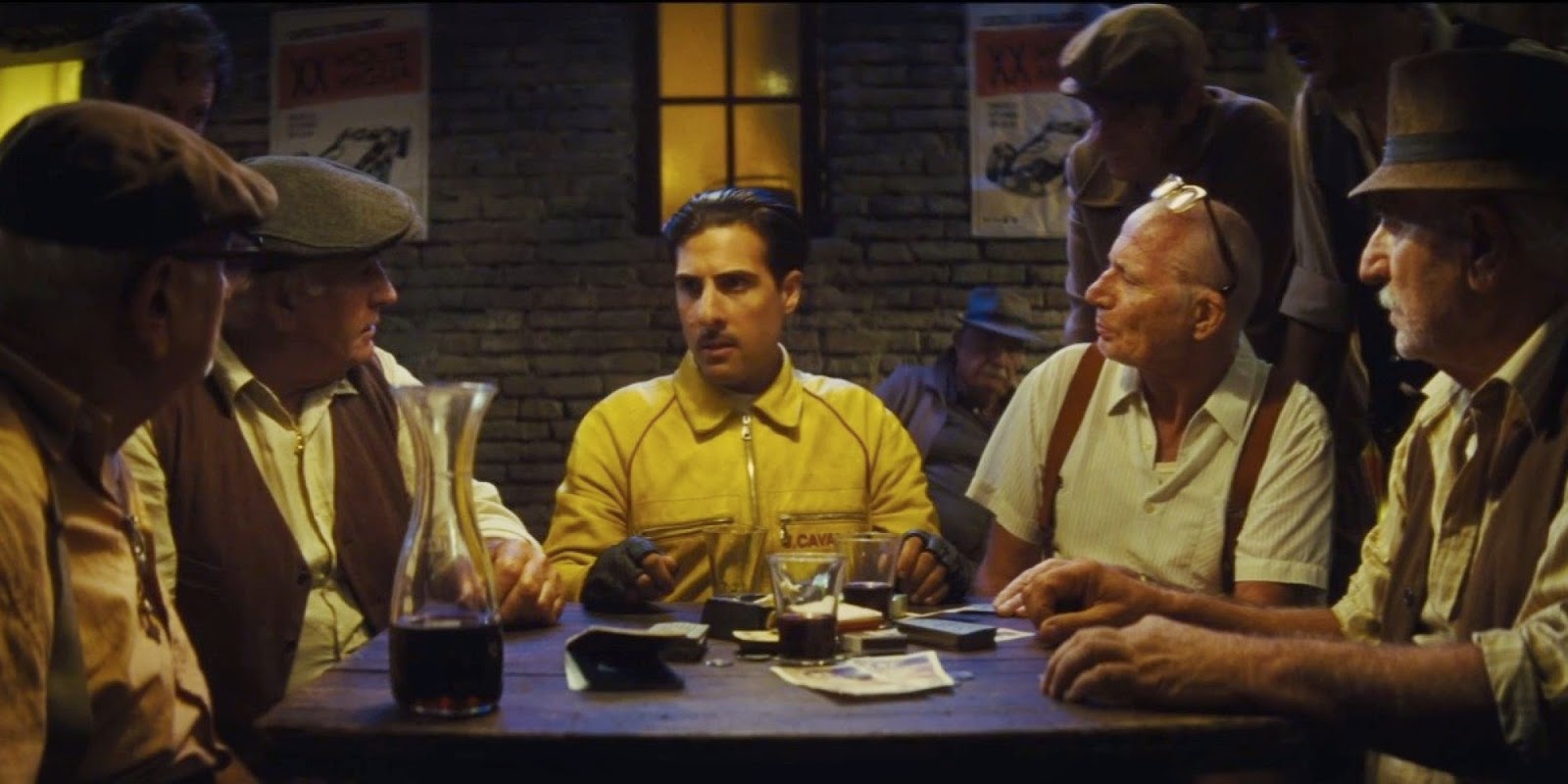 'Tis the season for traveling over the river and through the woods to visit parents, siblings, grandparents, aunts, uncles, cousins, nieces, nephews—"the fam damnly," as my dad says. If you want to be a better person and make the most of the holidays this year, take a little time to read this bit of brilliant wisdom from G.K. Chesterton and his collection of essays titled Heretics, published over 100 years ago. It is quite possibly my favorite thing he ever wrote. It gave me a richer understanding of the family, and my place in it, that changed me forever. It also perfectly explains why I love filmmaker Wes Anderson so much. He is the Chestertonian artist of our age. I'll demonstrate this with some reflections upon his 2013 Prada commercial (of all things) in this first part, and I'll turn to his 2001 film, The Royal Tenenbaums, next month.

Here is a key quote from Chesterton's essay for my purposes: 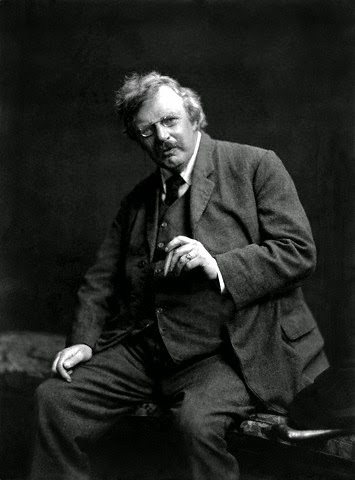 The modern writers who have suggested, in a more or less open manner, that the family is a bad institution, have generally confined themselves to suggesting, with much sharpness, bitterness, or pathos, that perhaps the family is not always very congenial. Of course the family is a good institution because it is uncongenial. It is wholesome precisely because it contains so many divergencies and varieties. It is, as the sentimentalists say, like a little kingdom, and, like most other little kingdoms, is generally in a state of something resembling anarchy. It is exactly because our brother George is not interested in our religious difficulties, but is interested in the Trocadero Restaurant, that the family has some of the bracing qualities of the commonwealth. It is precisely because our uncle Henry does not approve of the theatrical ambitions of our sister Sarah that the family is like humanity. The men and women who, for good reasons and bad, revolt against the family, are, for good reasons and bad, simply revolting against mankind. Aunt Elizabeth is unreasonable, like mankind. Papa is excitable, like mankind. Our youngest brother is mischievous, like mankind. Grandpapa is stupid, like the world; he is old, like the world.

This explains how good it is that we do not choose our own family. Instead, God chooses it for our sanctification. The different temperaments, personalities, and opinions jostle around like a giant rock tumbler, smoothing away our rough edges. Besides rocks, grit and water are added to these machines. Think of these elements as two actions of grace (mortification and purification) which expedite the process of making us smooth and shiny—more capable of reflecting back the light of God. In this way, our family forms us, roots us, gives us the perfect environment for self-awareness, and lends perspective on our place in time and space. It is home, and it is where the heart is—or at least ought to be. It is certainly where Wes Anderson's heart is.

Take the eight minutes to watch this (Warning: The language is a little rough, like mankind):


If you already love Wes's work, I'm sure your heart started fluttering as soon as the camera moved. His style is so very distinctive. We're told this is Italy, 1955. I don't have anything to say about the fact that this is an ad for Prada, except that I don't care. Any excuse for this to exist is a fine one. Here we have a man, Jed Cavalcanti, who seems to be down on his luck. He is a race car driver who loses control of his car and totals it. Sputtering curses, he explains to the onlookers that his brother-in-law, Gus, is to blame for putting the steering wheel on backwards. In the space of about five minutes of real time, he transforms from being a contemptuous, whiny hot-shot, to being a quiet, thoughtful inheritor of love. I strongly identify with this video because this is exactly what happened to me when I read the Heretics essay in college. Within the span of five minutes, a surprise encounter with great-great-granduncle Chesterton humbled me profoundly. I felt like I, too, crashed my car at the foot of a statue of Jesus—the Stumbling Block and Cornerstone—and the crash set me back on the right track.

Jed's conversion of heart can be understood as a sequence of key moments. First, the townspeople help him put out the fire and move his car, and then they encourage him to get back on the road. These friendly gestures make Jed feel welcome as he walks towards the café to sit down and have "a shot of the local hooch." He then realizes that he is in Castello Cavalcanti, the place of his family's origin. He turns to the men at the table and, shaking each of their hands, says, "Ciao, ciao. You're my ancestors, I think. We're ancestors." He is amazed to learn that the man to his left is Michelangelo, "the one who stayed behind." He tells him with a kiss, "I know you." This is a very poignant moment, because the implication is that Jed comes to know himself in this meeting. He says, "In a way I'm glad I crashed. It's a warning for me. I could've got killed, you know." It's as if the open arms of the Christ statue caught him, and saved him from himself. Warmed by these experiences, his harsh speech with his brother-in-law over the phone is rapidly tempered. Gus cries for Jed, out of guilt for having endangered him, or gratitude that he is all right, or both. Jed forgives him and affectionately calls him "pal." Next, the seemingly aloof barmaid turns on music that she hopes will make her guest more at home. Jed senses this, and then expresses disappointment when the bus suddenly arrives. His "ancestors" gather around the doorway, insisting that he not pay for the drink he ordered. He is family, after all. Touched, he looks on their love and decides to stay a little longer. This illustrates Chesterton's very next point in the essay after the quote above: 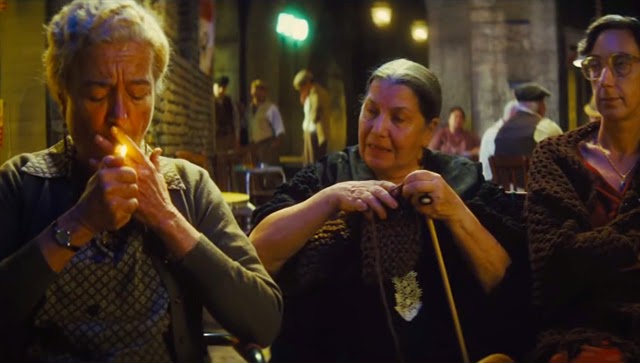 Those who wish, rightly or wrongly, to step out of all this, do definitely wish to step into a narrower world. They are dismayed and terrified by the largeness and variety of the family. Sarah wishes to find a world wholly consisting of private theatricals; George wishes to think the Trocadero a cosmos. I do not say, for a moment, that the flight to this narrower life may not be the right thing for the individual, any more than I say the same thing about flight into a monastery. But I do say that anything is bad and artificial which tends to make these people succumb to the strange delusion that they are stepping into a world which is actually larger and more varied than their own. The best way that a man could test his readiness to encounter the common variety of mankind would be to climb down a chimney into any house at random, and get on as well as possible with the people inside. And that is essentially what each one of us did on the day that he was born.

Jed seems to grasp that the more time spent in this varied company, the better he'll be for it. He'll become fuller, smoother. He orders spaghetti and makes himself at home. Walking through the last frame is a priest in a cassock, adding a sense of solemnity, blessing the whole encounter. It's charming, funny, and beautiful—romantic in that distinctly Chestertonian sense. Both Wes Anderson and G.K. Chesterton help us see the family as the most definite and important source of romance in our life, precisely because of its limitations. So the next time you gather with your relatives and start banging around in the proverbial rock tumbler, be sure to let the grit and water do their work. Smile and let it all wash over you. Be merry, and be made smooth.

***
Please join me again next time when I'll expand this treatment to include The Royal Tenenbaums:


"Family isn't a word. It's a sentence." Ha! Happy Thanksgiving!

***
Here's another post that I wrote featuring Wes Anderson.  And here's one about family.
Posted by Kathryn at 7:45 PM 3 comments: